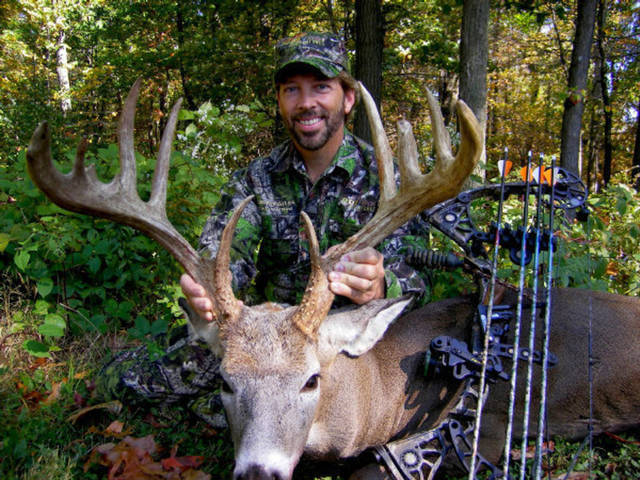 Save to your Calendar

Dr. Jimmy Sites is a professional speaker, best-selling author, and award-winning
television producer and host. His current prime time television series, Spiritual Outdoor
Adventures with Jimmy Sites, has garnered numerous awards and is airing its 20th season on
the air on the Pursuit Channel, WildTV in Canada, and the HuntChannelTV online. Jimmy's
new TV show - HybridLight's Fishing Adventures with Jimmy Sites - airs prime time across
Canada on the Water Network and the United States on Pursuit Channel. His Psalm 23 in
Troubled Times series has aired nationally this year as well on national television.
In 2010 Jimmy and his team won the Big Buck Outdoor Games, competing against the top
20 outdoor television producers from across the United States. In 2012 Jimmy became a
cartoon character in “Kids Korner Outdoors with Jimmy Sites,” and 27 cartoons have been
produced teaching children ages 4-12 the various safety measures and ethics related to
outdoor sports. Jimmy has also served as an advocate for Compassion International for 33
years, helping disadvantaged children in 26 Third World countries.

In 2014 Jimmy was named American Outdoor Sportsman of the Year by the Legends of
the Outdoors Hall of Fame, and in August 2018 he was inducted into the Legends of the
Outdoors Hall of Fame. His speaking engagements and adventures take him all over the
world, including filming a documentary with a Stone Age Indian tribe in the Amazon Jungle.
Jimmy is a strong advocate of conservation, and he has been interviewed on many radio and
television talk shows including Fox News with Gretchen Carlson, and on multiple occasions
by MSNBC and other media outlets.

In 2015 Jimmy began writing country music songs and has had 6 songs recorded by
artists, including “Enough Left for Tonight” co-written with Songwriter-of-the-Year Jimmy
Yeary (“I Drive Your Truck”) and recorded by the Henningsens. His latest song "My
Wedding Day" is about his late father Colonel Carroll Sites and was recorded by Bobby and
Teddi Cyrus. The song spent over 20 weeks on the Bluegrass and Gospel charts, reaching #3.
Jimmy also recently released his first novel for children - The Legend of Indian Rock Cave.
Jimmy is married to Amanda Mullens (married May 1984) and they have two biological
children, Christin (born August 1989) and Jonathan (born January 1992). Jimmy and
Amanda also have an adopted daughter named Mary who became part of the Sites family at
the age of 17. She is now married and recently blessed the family with the first grandchild -
Aiden. Jimmy and Amanda live in a log lodge on the edge of a wooded hollow just north of
Hendersonville, Tennessee.

Get Your Tickets HERE
Ministries
Discipleship